A familiar fall season invader, stink bugs can be a huge nuisance. These relatively large bugs can be intimidating to see and are known for their noticeable scent. Although seeing and smelling stink bugs is unpleasant enough, you might be even more concerned about any possible safety issues these bugs may present. The good news first: Stinkbugs aren’t dangerous. The bad news: They can be tough to prevent, and you probably don’t want them anywhere near your garden, plants, or outdoor spaces. Keep reading for more information from our service pros at Greenix about how to approach these stinky pests.

Are stink bugs poisonous or venomous?

Thankfully, you don’t need to panic if stink bugs enter your home. While they are a nuisance pest, stink bugs aren’t venomous or harmful to people. They also aren’t poisonous, although “poisonous” technically isn’t the correct word when talking about dangerous bugs.

What’s the difference between poison and venom?

Curious about the distinction between poison and venom? The difference is mostly technical. In general, venom comes from the bites of some harmful bugs and reptiles, while the word “poisonous” is only properly used to describe plants and substances you shouldn’t ingest. If you didn’t know, don’t worry—this isn’t a very well-known distinction, but next time it comes up in trivia, you’ll know the answer!

What problems do stink bugs cause?

Although we’ve already knocked out the big safety questions about stink bugs, these pests aren’t easy to live with, either. They’re a huge nuisance because of their smell, and they are well known for destroying gardens and crops. While they can be active year-round in warm climates, stink bugs are often discovered sneaking their way into homes in the early fall. They do this because they’re looking for the perfect cozy place to hunker down for the winter. Odds are you don’t want to spend the winter with these guys, even if they aren’t venomous!

Why do stink bugs smell?

So what causes that distinctive stink bug smell? Although opinions differ on what exactly it smells like. Some say cilantro, others say rotting meat, burnt tires, or other things, but it’s generally accepted that you’d prefer not to have it in your home.

Stinkbugs release chemicals from their glands when they’re threatened or squished, and those chemicals are what create the stink bug smell. This adds a layer of complication to preventing the smell; if you squish the bugs, you get the smell.

What can I do to prevent stink bugs?

Because squishing them can cause even more problems, you’ll want to focus on preventing stink bugs in the first place, rather than just trying to play cat-and-mouse once they’re inside. Your best strategies for preventing general pests, including stink bugs, are to make sure all potential entry points (cracks in window screens, gaps under exterior doors, etc.) are sealed, your home is clean, moisture indoors is kept to a minimum, and landscaping around your home is maintained. Aside from these tactics, professional pest control treatments can also help prevent pest infestations, including ones brought on by stink bugs.

Having an ongoing battle with stink bugs or just want to make sure you’re doing everything you can to stop them in their tracks? Contact the experts at Greenix! Our team will visit your home, identify current and potential points of entry for stink bugs, and develop a pest control plan to rid your home and yard of stink bugs and their stinky smells, and keep them from coming back.

Stingers 101: The Difference between Carpenter Bees, Wasps, and Hornets

What’s that buzzing sound in your yard? You might have a nest located on your property. Learning the difference between the different types of stinging...

When Is a Pest Problem An Infestation?

Although a few harmless bugs here and there in your home may not seem like a problem, there’s a point where professional pest control is...

Being a homeowner can be scary. There are new responsibilities that come with owning a home, and pest control is a big one. Without proper...

What Causes a Silverfish Infestation?

Which Winter Pests are Most Resilient?

After the summer season swatting off mosquitoes, bees, and bugs of all kinds, winter brings relief as some pests go into hibernation. Even so, some... 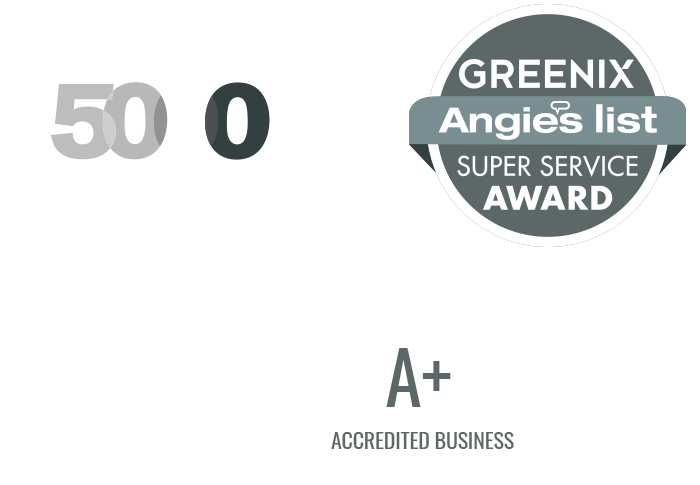